New Excavations to Begin at Masada

Posted on November 6, 2016 by LukeChandler

After a 10-year hiatus, the Dead Sea mountain fortress of Masada will be excavated again according to this news article. Though much has been found in the past, Director of Excavations Dr. Guy Stiebel says much remains to be discovered.

Masada (“stronghold”) is a large, flat-topped mountain along the western shore of the Dead Sea, next to the Lisan Peninsula that separates the north and south basins. The Bible suggests David may have used the mountain while hiding from King Saul. Herod the Great later fortified the summit with two palaces, casemate walls, hot and cold baths, and enough storage for food, water, and weapons to withstand long sieges from below. 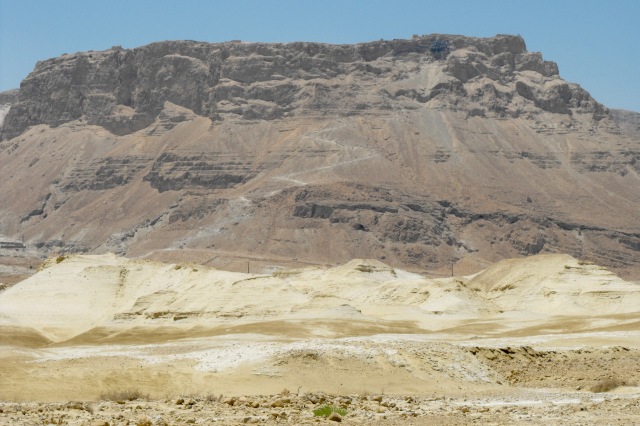 A view of Masada from the east. Herod fortified the summit to add the mountain to his network of palace fortresses. The white zig-zagging line in the center is the Snake Path, the only natural ascent by foot to the summit. The Roman ramp is on the other side of the mountain. (Photo by Luke Chandler)

During the Jewish War in the 1st century, rebels seized the summit and holed up until the Roman 10th Legion built a massive assault ramp and broke through the outer wall. Josephus records the Jews of Masada killed themselves and their families rather than be captured.

Dr. Guy Stiebel was my first archaeological supervisor on my first dig. My father and I worked under him at Khirbet Qeiyafa in 2009 and had an excellent experience. He was the chief archaeologist for Masada back then and it appears he will lead these new excavations as well. I see no indication of which area he plans to dig but look forward to the results. 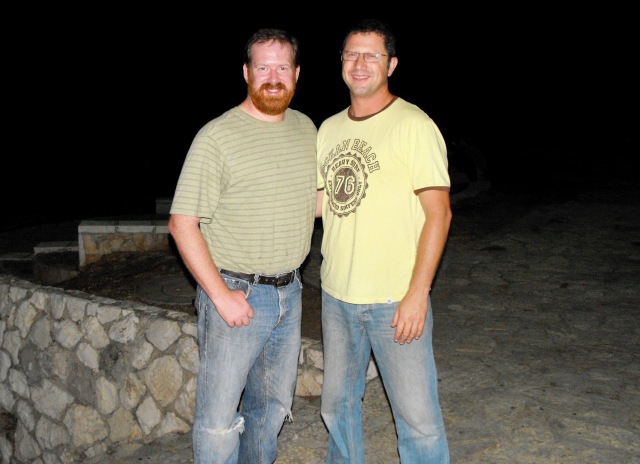 With Dr. Guy Stiebel in 2009. He supervised in Area A of Khirbet Qeiyafa during my first excavation season.