Results from last week’s geophysical survey at Tel Lachish show what appears to be an underground shaft at the site. The survey team and the excavators at Lachish believe the shaft is likely part of an ancient water system similar to ones found at Jerusalem, Megiddo, Gibeon (el-Jib), Gezer, or Hazor. The Lachish shaft, if confirmed, may be up to 10 meters wide and at least 20 meters deep.

Ancient water sources were often located outside city walls, down the slopes of the mounds. Water systems allowed city residents to safely access water via underground tunnels or shafts during an enemy siege.

Who w0uld have built a water system at Lachish? It was most likely a Canaanite or Judahite king. Rehoboam, the son of Solomon, fortified Lachish in the late 10th century BC (2 Chronicles 11:5-7). Hezekiah constructed a famous water system in Jerusalem and could have undertaken a similar project at Lachish. Even if any tunnel turns out to be Canaanite, it would likely have been utilized by the Kingdom of Judah.

A computer receiving data during the recent Geophysical survey at Tel Lachish. This test indicated the existence of an underground shaft at least 20 meters deep. (Photo by Luke Chandler)

It is impossible to know more until the shaft has been excavated, a process that will take months and require professional workers.

Perhaps a few readers can play a role in the Lachish Tunnel project. The estimated cost to excavate this ancient water tunnel is around $300,000. Are you in a position to consider taking a financial stake in this project? Israel’s National Park Service is currently upgrading Lachish as a tourist site. Any water system would be a tangible, visible connection to the ancient (perhaps biblical) past. If you have an interest in funding this project, contact Prof. Yosef Garfinkel at the Hebrew University of Jerusalem. 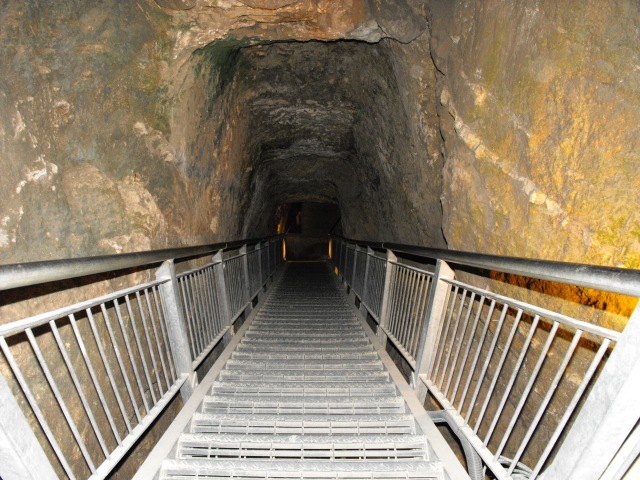 The water system at Megiddo. City residents walked though this tunnel to access the city’s water spring from the inside. (Photo by Luke Chandler)