My Radio Interview on Archaeology in Cali, Colombia

I was in Colombia for most of this month and had the privilege one morning to discuss archaeology on a live radio program in the city of Cali. The one-hour special broadcast was entirely in Spanish but seemed to go well. The program “30 Minutos a la Luz de la Biblia” is still airing each weekday in spite of my guest appearance.

The program focused on archaeology as it relates to the Bible. We discussed Israel’s early presence in Canaan, some assorted finds from the biblical period, some of the work I’ve been involved with, and even a bit of Indiana Jones. (He manages to pop up frequently.) 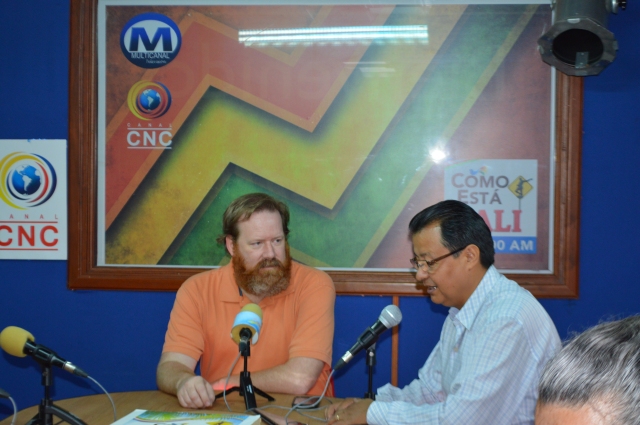 On the air January 14th in Cali, Colombia, on Sonora 1500 AM to discuss archaeology and the Bible. (Photo by Jaime Restrepo)

Luke holds an M.A. in Ancient and Classical History and has been an adjunct professor at Florida College in Temple Terrace, Florida. Luke and his wife Melanie have five children. He serves as a minister with the North Terrace Church of Christ and has participated in multiple archaeological excavations in Israel. Luke leads popular study tours to Europe and the Bible Lands.
View all posts by LukeChandler →
This entry was posted in Biblical Archaeology, Colombia, Overseas trips, Speaking engagements and tagged 30 Minutos a la Luz de la Biblia, Archaeology, Biblical Archaeology, Cali, Colombia, interview, radio, Sonora 1500 am. Bookmark the permalink.