One of the most interesting and surprising finds during the 2010 excavation at Khirbet Qeiyafa was a manmade cave inside the city. A group of volunteers found the cave entrance, blocked up, beneath the bedrock. I first heard about the discovery before the entrance was cleared. One initial idea was that it could have been a tunnel to secure the city’s water supply. (There are numerous examples of this in ancient Canaan/Israel, including Hezekiah’s Tunnel in Jerusalem.) The cave has not turned out to be a water system but is still very interesting.

(All photos below are posted with permission from Dr. Michael Hasel of Southern Adventist University.)

The entrance to the cave, shortly after it was opened. The entrance was carved out below the surface of the bedrock. Photo by Royce Chandler.

Excited about the prospect of hidden treasures, Juliana McGraw, a mass communications major, was one of the first ones to enter the cave. “I couldn’t wait to dive in. I had no idea what we would find, but I was hoping for something epic, like a gold chariot!”

Although no chariots or gold were found, the cave produced beautiful examples of Roman, Byzantine and Islamic pottery. Bronze jewelry, coins and several animal bones were also among the finds…

Because of lack of time, only the entrance area was fully excavated to the bedrock. However, the team was able to confirm that the cave continues to the north and the east, and several large chambers remain to be uncovered. 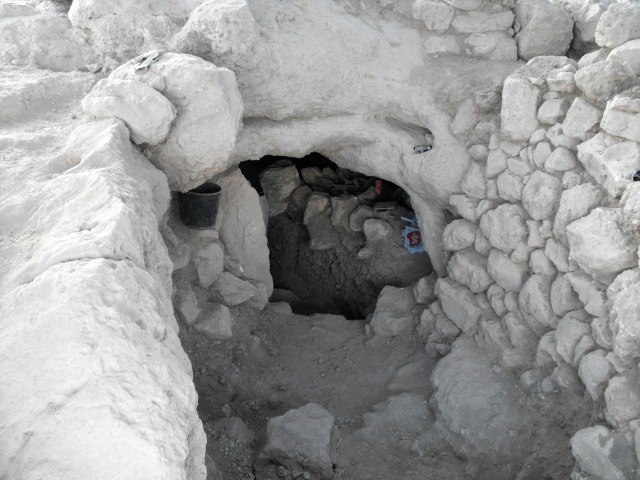 The cave entrance after a few days' excavation. The floor level has been lowered considerably. There are walls inside the cave, one of which is visible just inside this entrance. Photo by Luke Chandler. 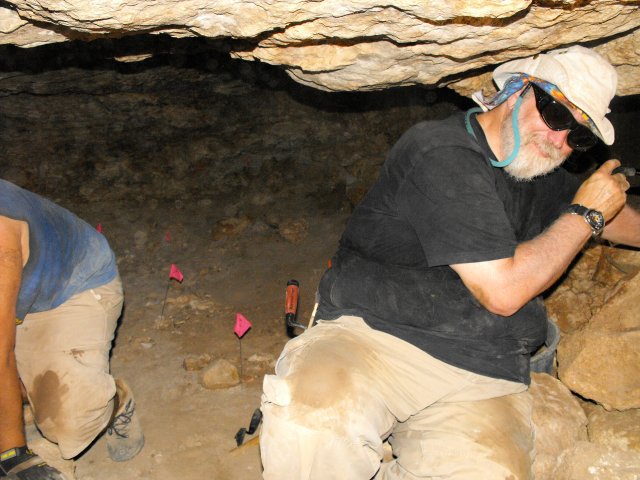 Dr. David Adams of Concordia Seminary (r) investigating the cave shortly after the entrance was opened. As this photo shows, it was initially impossible to stand up inside the cave. The red flags mark hits with a metal detector. One of the interior walls is partially visible on the right of the photograph. Photo by Royce Chandler. 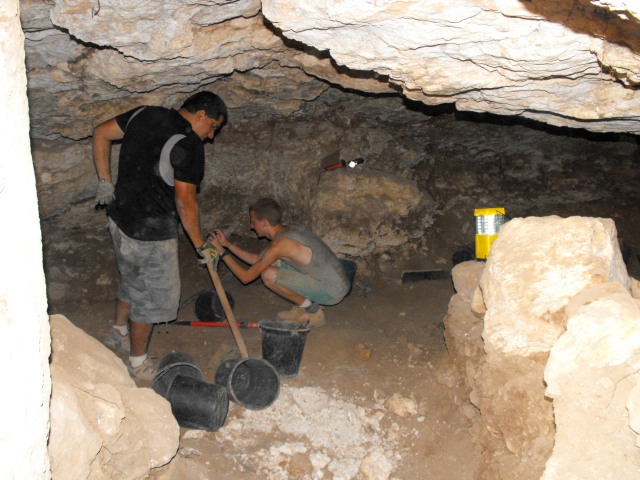 The cave interior after excavation. The floor has been lowered enough to allow workers to stand up. This chamber is much bigger than the photo suggests. An interior wall is clearly visible to the right. No treasures were discovered, but this first chamber yielded good finds that dated back to Roman times. Photo by Luke Chandler. 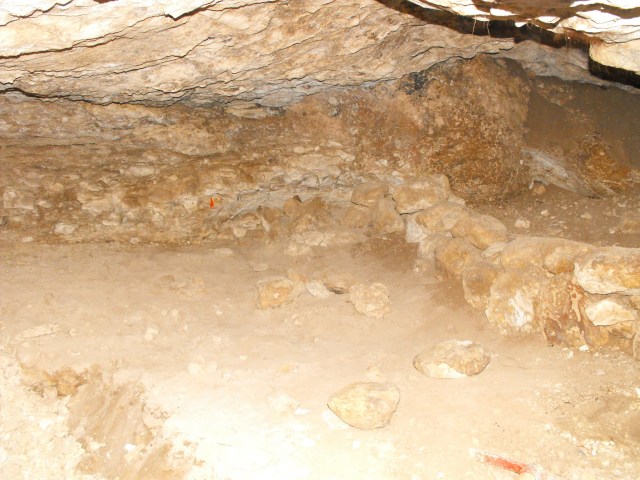 Part of the first chamber before excavation. The wall is an interesting feature inside an ancient manmade cave. Why was it built? I do not know, but perhaps research will suggest its purpose. Photo by Luke Chandler.

This is the entrance to a second chamber inside the cave. Dr. Hasel states the cave consists of multiple chambers, most of which have not yet been examined or excavated. So far there are no finds from the Iron Age (David's time) but one never knows what future excavation may turn up. Photo by Royce Chandler.

Luke holds an M.A. in Ancient and Classical History and has been an adjunct professor at Florida College in Temple Terrace, Florida. Luke and his wife Melanie have five children. He serves as a minister with the North Terrace Church of Christ and has participated in multiple archaeological excavations in Israel. Luke leads popular study tours to Europe and the Bible Lands.
View all posts by LukeChandler →
This entry was posted in 2010 Khirbet Qeiyafa excavation, General Archaeology, Khirbet Qeiyafa and tagged Archaeology, Cave, Elah Fortress, Khirbet Qeiyafa, Michael Hasel. Bookmark the permalink.